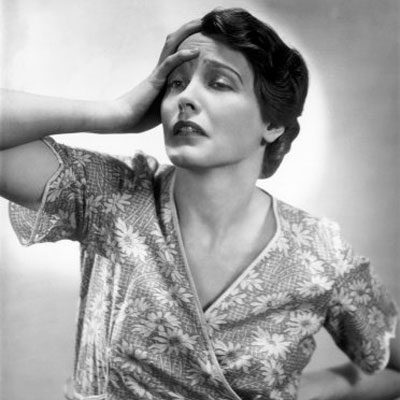 The environmental benefits of genetically modified crops is explored in Conservation Tillage, Herbicide Use, and Genetically Engineered Crops in the United States: The Case of Soybeans

A piece on the claim that GMOs are under-studied, With 2000+ global studies affirming safety, GM foods among most analyzed subjects in science pretty much demonstrates that no, they are not.

Neonicotinoid pesticides are sprayed on crops, and they are bad for good insects. But they’re good for selling plants. Engineered pest resistance doesn’t get sprayed and affects only pests that attack the specific crops. Just sayin’.

Organic foods may have been sprayed with pesticides, too – and isn’t necessarily any better for you. Being free of GMOs makes no difference.

A friend and I were blocked from commenting on an online discussion on the terrible, horrible things that are vaccines. This is a typical technique of anti-vaxxers. A detailed description of what it means to be anti-vaccine is on Science-Based Medicine It’s from 2010, but classics never get old.

Because of a new study analyzing the actual risks of vaccination (hint – nearly none, even less compared with disease outcomes) the pro-vaccine message is finally getting the press it deserves. USA Today, The Daily Beast, Think Progress (I know, not a big anti-vaxxer magnet) The New York Times and Time. Even The Economist reminds us that we should take our medical advice from science, not celebrities.

Viruses may be responsible for several cancers. The Big Idea That Might Beat Cancer and Cut Health-Care Costs by 80 Percent explores a virus that may trigger certain kinds. Vaccination to prevent cancer might work better than treating it after the fact, ya think?

This is stupid, which means it made me laugh a lot.

Epigenetics – I do not think that word means what you think it does.

And I kind of have a bone to pick with Scientists who are actually contributing to the problem. Epigenetics is an essential biological process that takes place at the molecular level. Each one of the hundred trillion or so cells in the human body was created via the epigenetic process. Nothing has to magically happen. All you need is cells, food for the cells (usually glucose, yum!) and DNA.

Unfortunately, the amazing and fascinating research into epigenetics has led to a description of epigenetics as “genes plus environment.” If you are a scientist, or even understand science, you recognize that this does not mean that some sort of environmental factor from outside the body is necessary for the epigenetic process to take place. But if you’re a layperson, that’s exactly what you might think when you hear that. In fact, for quite some time I’ve been debating with a couple of people who believe in this magical concept of epigenetics, and you scientists (whom I otherwise love dearly) are just not helping!

The agouti mouse study that showed a change in coat color (linked along with other references in this previous post) was really exciting, and the public glommed onto it because there was the evidence, right in front of their eyes. In no time at all, alt-med proponents and the general public were certain that this was the answer to everything that was wrong with us. It was a great boon for supplement manufacturers, diet book writers, food conspiracy theorists, and anyone who was looking for something to blame for what was wrong with them (or society, but usually themselves.) I mean, clearly if what a mother mouse ate changed the color of her babies’ fur, then what horrible things are all these toxins doing to our genes?!?!

The thought seems to be that epigenetics is a highly unstable process that actually depends upon the correct “environment” in order to occur, and that even an unpleasant event in childhood can somehow upset it and result in a dramatic condition that can be passed down to one’s offspring. Once a person has gotten this idea into his head, it is darn nigh impossible to get it out. Homeopathic amounts of a “toxin” can have traumatic results, even worse than actual poisoning from that substance, because epigenetics. Psychiatric and neurological conditions are inflicted upon perfectly healthy infants by insufficient parental attachment or attunement. Everything is caused by environmental disruption of the epigenetic process, and everything in the environment messes up epigenetics.

Look, the reality is that what epigenetics does is take the information that’s been put into the RNA from the DNA, turn on the genes that are needed and turns off the ones that aren’t, then sends proteins off with the instructions to make new cells. At conception, when there are only a few cells, there’s not a lot of differentiation, but as fetal development continues, these instructions become more specific. “Make fingers.” “Make retinas.” “Make heart valves.” Stuff like that. During growth, the instructions are more like “make more of these cells.” During adolescence, it’s “make these a little different.” As we age, it’s “make another one just like this,” and “eh, what was that, sonny?”

The environment comes in because it is the epigenetic process during which an environmental factor can possibly alter the process, turning a genetic instruction on that should have been off or vice versa. It’s quite likely that this is what triggers many cancers that are strongly associated with exposure to a particular substance. But the possibility that exposure can impact gene expression is not the same as the inevitability of exposure altering gene expression. And this, people, is a big problem. Scientists, please think about this when you talk about epigenetics. Non-scientists, I’m going to put an explanation of how this works in the simplest terms I can come up with in another post.

Chemotherapy is Poison, That’s Why It Works.

“Cancer” is not a single disease, but over a hundred different diseases that form from a similar mechanism. Normally, cells in our body die off, and those cells are replaced. The cell death is called apoptosis, and different cells in your body apoptose at different rates (forget what you heard about that “every seven years” thing. . .) Because of a large number of factors, occasionally those replacement cells will be faulty. Your genetics cause a misreading of your DNA, or a mixup in the instructions from the RNA, or an epigenetic flaw causes a cancer cell to be expressed or a cancer suppressor to be repressed. Exposure to a known carcinogen can trigger the production of cancer cells in a similar manner – sometimes on its own and sometimes because you have a genetic susceptibility to the carcinogen. Age is actually the biggest culprit, because cell reproduction can degenerate in accuracy over time. For the same reason all the other cells in our body change as we age, and not for the better, a cancerous cell can be created instead of an identical replacement cell when the aging process interferes.
END_OF_DOCUMENT_TOKEN_TO_BE_REPLACED