So Wednesday, I went in to the Animal Shelter to put up posters and look for Dave. Hubby knew there were risks associated with this, but he let me go anyway. So here’s our new cat: 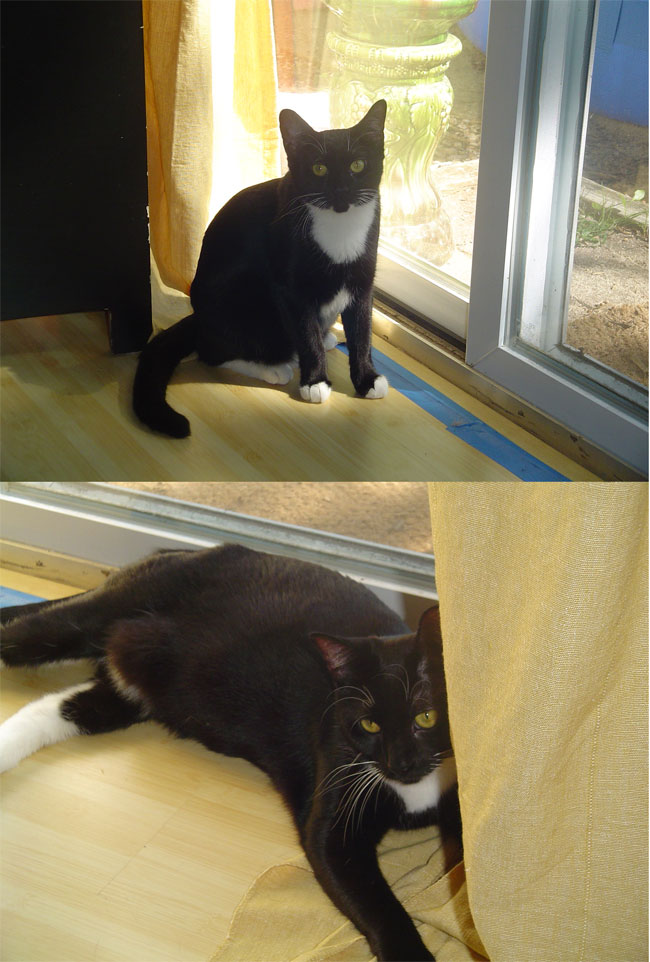 She was found at a Dunkin’ Donuts, pregnant. She had her litter in the shelter, and all the kittens were adopted, but nobody took her. They had her at a pet store for a while, and then moved her back to the shelter. Poor baby was in a cage for all but the first few months of her life (probably got pregnant at 5 or 6 months, they estimate.) She was called Egypt, but since all our cats have people names, we changed it to Edith because it sounds close to what she’s gotten used to being called. She looks a lot like a small Stanley, so i’ll put a picture up of the two of them when I get it.