I Hate All Kinds of Marketing. . .

I was going to make this a pretty simple post, with just a couple of pictures and comments, but it took a while to get into my admin section of wordpress. . .because some shithead spammer hacked in and managed to post a link to his fake pharma site. It put a whole bunch of comments that had been marked as spam into the comments folder as well, which slowed everything down, on top of which there were 425 spam messages in the comments awaiting moderation. As always, these people take the prize for being scum of the earth.

In second place, would be the folks who are marketing to children. Erich Vieth at Dangerous Intersection has a post about these subhuman creatures that you should read (and watch).

So, by comparison, these next two ads are so far down on the vile and repugnant scale that they’re almost humorous. I’d imagine anyone who’s cracked open a magazine with a female demographic in the last couple of months has seen this: 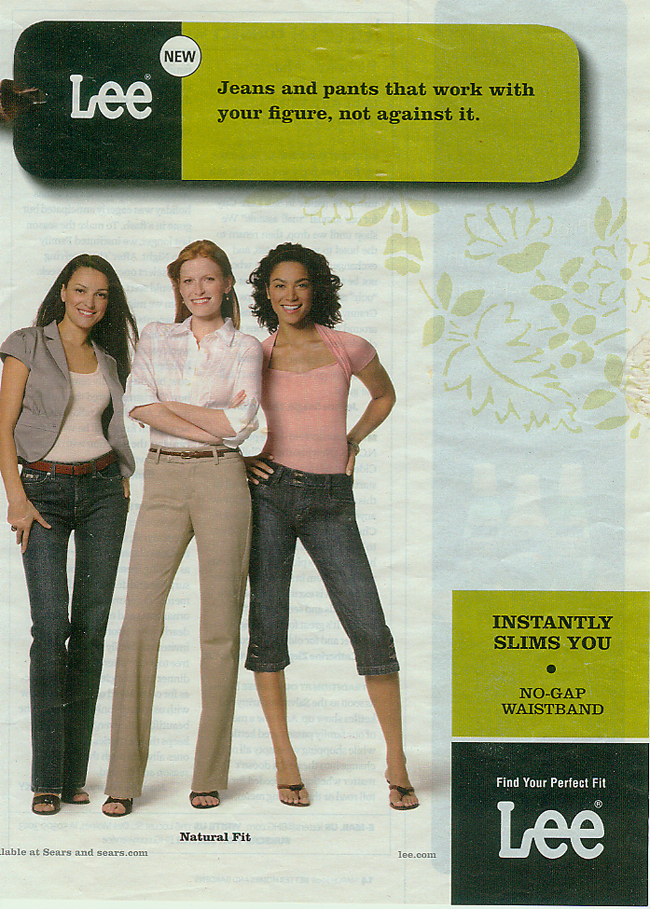 Yep, those women were all 50 pounds overweight until they slipped into those jeans. They’re frickin’ amazing, those jeans. It’s like living in photoshop! Put them on, and people can see light between your thighs! Your inhumanly long, slender thighs that completely fill out pants labeled “natural fit”. Cut me a break.

Sunday’s coupon section of the newspaper is always good for reassurance that you’re feeding your family better than most of the country, but rarely does it give me a laugh as big as this did: 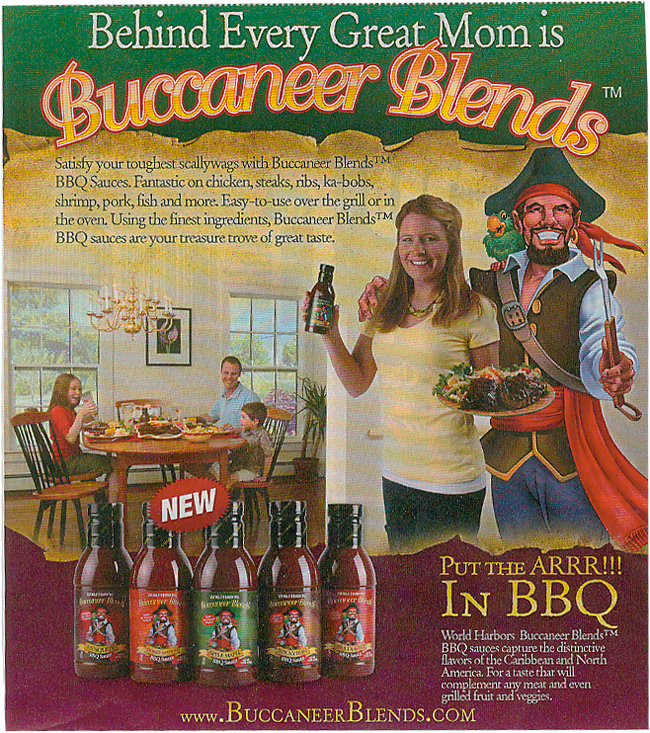 Oh, this has so many levels of stupid. Shall we begin with the simple ludicrousness that pirates knew anything about barbecue? I’m picturing the cook struggling to keep a grill full of hot coals from spilling all over the deck while the crew does battle with another ship, or fights nature’s fury. . .and, of course, the idea that they’d set sail for months at a time with a hold full of raw steaks, sausages, and ground beef. Yum! Moving on, because you can’t really see it in the image, I must point out the authentic pirate-y flavors of Apple Maple, Fra Diavolo, and Mesquite. Finally, you could really have fun with “Put the Arrr!!! in BBQ”. I mean, yeah, it’s short for “barbecue”, but let’s be honest – “BBQ” stands alone, so if you put an R in it, it could stand for all kinds of other things, depending on where you put it. Heh. Go on, give it a try!

BTW, that parrot had better not poop on the potato salad. . .