This is a tiny update, because I went for MRIs yesterday. I chose a few to share with you, similar images from each scan – September 2012, when I was diagnosed with the tumor, March 2013, when I was leaking cerebrospinal fluid and had pressure both inside and outside my skull, and yesterday, pictures for my 1-year (more or less) followup. I still have occasional problems with balance, but this is sporadic. My short-term memory, while it’s never been good, is still more of a problem than it used to be. The biggest issue I have still is word loss – names and nouns. If I see or hear a word or a name, I can immediately picture the person or object, but it doesn’t work in the opposite direction. If I see or think of a person or an object, I frequently have difficulty recalling the name of that person or object. I have no problem with recognition of that person or object, just with being able to recall what to call the person or object. I had read an article about a man who had a stroke in his left occipital lobe that led to the same issue, but I’ll be darned if I can find it again now. Maybe later. Anyway. . . (addendum. . .this might not be THE one, but it is one. . .)

Saggital (back to front – think of Saggitarius, the archer, and the direction he shoots his arrows) views without contrast: 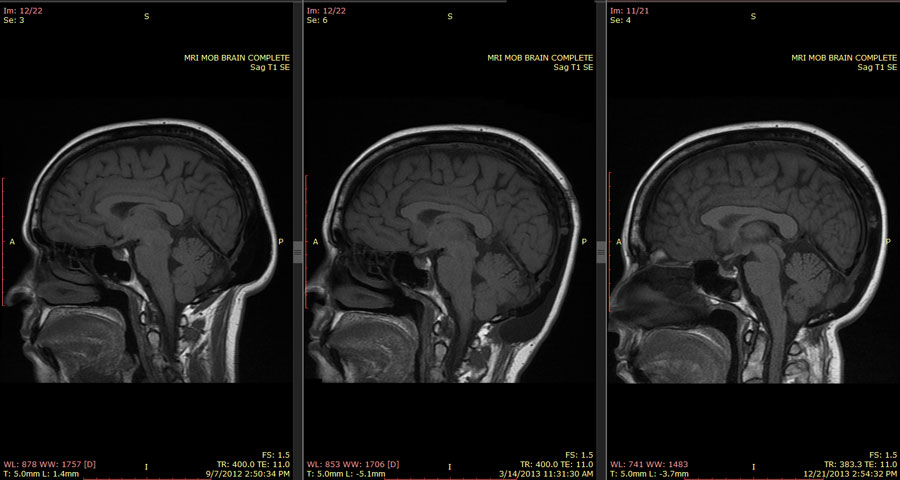 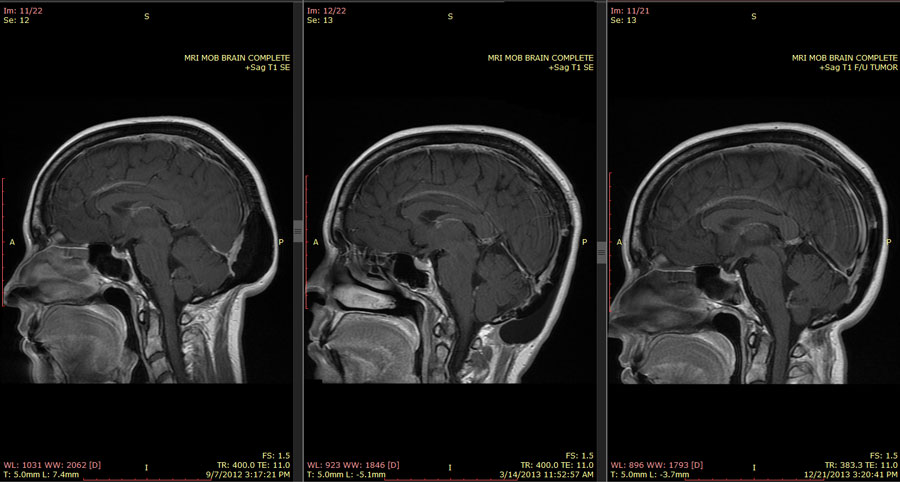 Coronal (think of a corona or even a tiara-like crown – this is a vertical side to side view), towards the back where all the problems were: 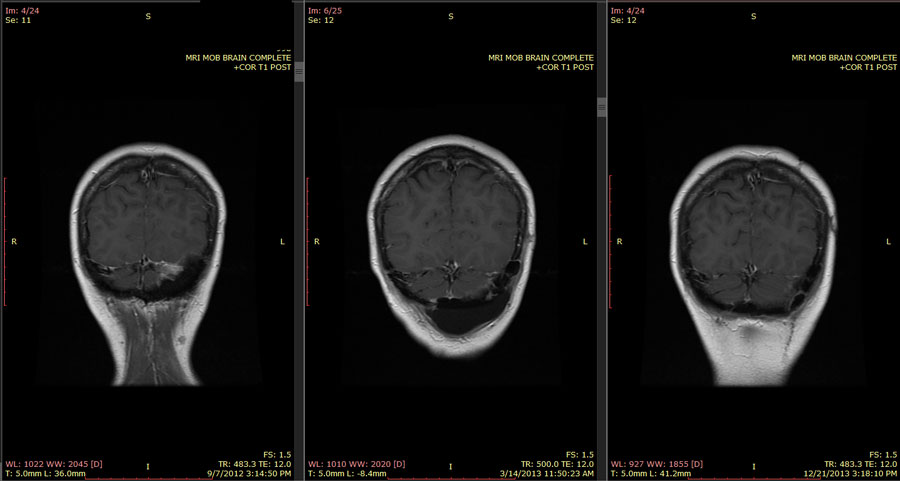 Axial (horizontal view. I can’t think of a simple mnemonic, so just remember that there’s only one horizontal axis, and that’s the Axial view) showing the cerebellar distortion. If you know what you’re looking for, other views show distortions as well, but if you don’t, then you won’t be able to tell them apart. So here’s where you can tell them apart: 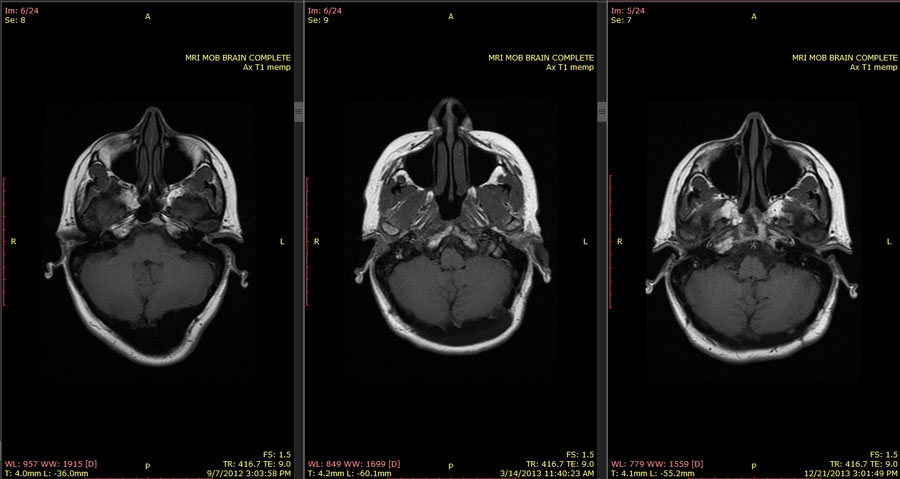 So there you go. Things are looking better. I’ll hear what the neurosurgeon has to say in a few weeks.