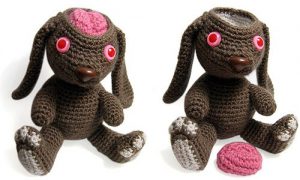 A recent MIT study said that glyphosate caused nearly every disease known to man. Except it wasn’t an MIT study at all.

Food is not magic, and superfoods do not prevent disease.

Vaccines are safe, according to an analysis of 67 independent papers. We know this because it’s been covered in newspapers and magazines in print and online. Here’s the paper itself.

Along the vaccine lines, it didn’t take long for the conversation at USA Today to turn to Miracle Mineral Solution (aka Miracle Mineral Supplement or just MMS) being a cure for autism. Because, of course, vaccines cause autism. (How do vaccines cause autism?) In case you don’t know, this is a solution that misguided people give their autistic children orally or rectally (the same people who complain about the trauma of getting a needle are giving their autistic kids frequent, regular enemas. . .) because they think it’s going to “fix” them.

But this stuff is industrial strength bleach, which is used to treat water that won’t be used for drinking, and to strip textiles. The FDA warns people to throw it out if they have it. Advocates of alt-med and “natural solutions” even warn you away from it – Johnathan Campbell, who believes food is medicine, does not pull any punches explaining how and why it’s dangerous. Signs of the Times, a site that’s entirely woo-friendly, has nothing good to say about it, either. Health Wyze, otherwise supportive of alternative medicine, calls it a Fraud.

So it’s not only science-based sites that decry this stuff. The Guardian warns people away, Science-Based Medicine explains why it is dangerous woo, The Thinking Person’s Guide to Autism considers this stuff even more appalling than chelation and chemical castration., and Thinking is Dangerous explains the chemistry behind MMS. James Randi Foundation informs us that if this stuff isn’t scary enough for you, you can buy MMS2, which is essentially pool shock.

Liz Ditz provides a long list of links from science sites and bloggers telling about the dangers of MMS. PLoS has some additional links.

If all this doesn’t scare you, have this lovely video: