Where I Go For Science

A friend of mine asked me for a few links to science sites so she could learn a little more, so I set to copying and pasting my bookmarks for her. Now I know why I lose so much time sitting at the computer. Most of these sites are life sciences, so sorry about the lack of Chemistry and Physics and such. Here’s the list. . .

Sites in my WordPress Reader, loosely arranged by subject:

Not Exactly Rocket Science Not only a lot of interesting articles on Biology, but a weekly roundup of interesting links. (You can also visit The Loom and Only Human from here, plus some others, but these three are my favorites.)
In The Pipeline Chemistry, but a lot of it related to Pharmaceuticals.
Skeptical Medicine A critical look at both conventional medicine and pseudoscience.
Scitable Nature Publishing Group’s educational site.

Phys.org
Research Blogging
Science News (limited access for free, but still a lot of good science.)
Science Seeker (you can filter what you see by checking the subject boxes to the right.)

I’m always checking for new places, especially those that would be good for people who are not scientists, but want to understand. I’ll take suggestions for anything that’s not behind a paywall or too difficult for non-academics! 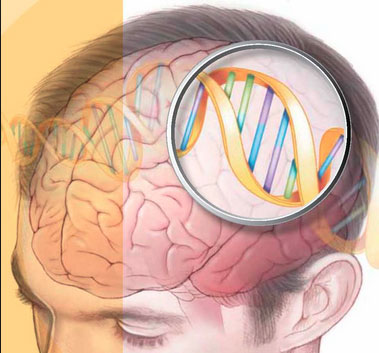 Sorry this is short. Time just got away from me. Enjoy!

Why all medical professionals need to study evolution. I think everyone should, period.

Excellent piece on gender disparities in the study of Autism by Virginia Hughes. This applies to ADHD, too, and it would be nice to see something this well-written on that.

Dorothy Bishop points out the shortcomings in a neuroimaging and genetics study, and in doing so, tells you some things you should be able to find in a good one.

Continuing on the potential pitfalls of neuroimaging studies, here’s a longread that explains in detail what happens when images are taken and analyzed for study. It should give you some perspective next time you see an article claiming that scientists have found something amazing in the brain that explains a huge chunk of cognition or emotion.

There was a scientific dust-up last week in which a journal had to retract a good number of papers because of problems with peer review. Nature suggests a double-blind system. Unfortunately, this isn’t much different from what’s supposed to be happening now, and it’s flawed. Nature even makes note of the bias in the current system, so I’m wondering why they are recommending this.

Kids who are raised by same-sex parents actually do pretty well.

Biodiversity is key to our survival. Scientific American shows us maps where biodiversity exists at high levels – right in the same spots that are threatened by global warming.

I love my pets, too, but this is kind of gross: