Amino Acid Supplements – Do They Work? 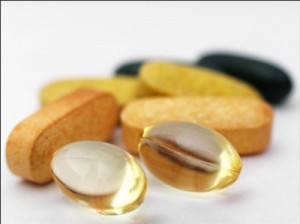 Amino acid supplements do not work the way their purveyors say they do. Oh, yeah, they’ll cite scientific studies, sometimes even link to those studies, but they’re counting on a few things. . .First, you probably won’t check the actual studies to see what they say. Second, you probably don’t have access to the full text of the study, and the abstract is more like a press release than an accurate summation of results. Third, even if you can get more information about the study, you probably won’t understand the methodology – and that’s crucial to understanding whether the results have any relevance whatsoever to what the supplement pusher is telling you.

If you see the words “in vitro,” that means “in glass.” So in order to find out if the results from this study apply to you, go to the mirror. If you have a round base and sides that are cylindrical (or roughly conical with a cylindrical top) and you are clear except for volumetric markings, congratulations! You are a piece of lab glass, and in order to turn this amino acid into a neurotransmitter, just ask your lab assistant to perform the appropriate procedure.

If, however, you discover that you are not a piece of lab glass, then you’re out of luck, because there are several other things a living body will do to that amino acid supplement besides turn it into happy brain chemicals. Primarily. . .

2. Amino acids are food.
That is the very first thing that your body is going to want to do with that amino acid supplement. Amino acids are the building blocks of proteins in your body. Whether you get them from food or from amino acid supplements, those amino acids go into your stomach and get processed through your digestive system and get turned into proteins to provide energy and build new cells. This is the primary stewpot of chemical interference – your digestive system is designed to process whatever goes into it as food, use it for those two purposes, and excrete the rest. Maybe a tiny, tiny bit of it might have an impact, if it gets carried by a protein and crosses the blood-brain barrier (see esp. 11.3)

That’s another deception hidden in the citations in these articles about amino acid supplements for depression. . .

3. Crossing the blood-brain barrier is KEY.
I’ve seen numerous examples of citations used to show that these supplements work in humans that deliberately obfuscate the methods. Yes, there are a lot of studies on amino acids and their effect on the brain in humans. Most of them that I’ve seen have involved their use for combating the effects of drug overdoses or overcoming addictions.

And they work – but not by taking supplements, and not for very long. This is because the amino acids have been reformulated to have small molecules to cross the blood-brain barrier and/or are injected directly into the bloodstream to bypass the digestive system.

Anyone selling amino acid supplements for depression who cites these studies as evidence that a standard formulation taken orally is going to have the same effect is outright lying.

The sellers of supplements for depression won’t tell you that. They give you a simple explanation that if you’re lacking in dopamine or serotonin or norepinephrine or whatever, that all you need to do is make more. That’s not how it works.